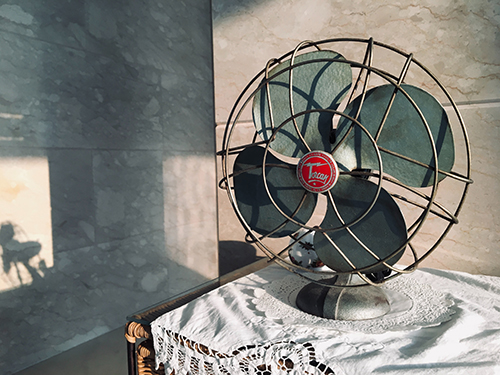 How to keep your kitchen cool in a heatwave

If you can’t stand the heat but want to stay in the kitchen – 6 tricks to help you stay cool!

The kitchen tends to be one of the warmest rooms in the home. Great for the winter but when a heatwave strikes, it could become unbearable. The old saying goes, “if you can’t stand the heat, get out of the kitchen” but the kitchen is often a really social space, plus you still have to eat, so how can you make the temperature bearable when it’s hitting high 30s outside?

Here are 6 hacks for keeping the kitchen cool:

As extreme weather becomes more commonplace, you may want to think more long term about things you can incorporate into your kitchen to cope with regular occurrences of very hot weather. These won’t help you now but next time you plan a new kitchen, consider building in more efficiency in the layout so you don’t have to move around in the space as much when using it, install cooler flooring and surfaces such as ceramic tiles, granite, or marble, or maybe even have an air conditioning unit installed – a new kitchen fit out is the perfect time to incorporate more disruptive installations such as this one. They are particularly good when extending the house for the new kitchen as they can be used for heating as well and mean that you don’t have to find space for extra radiators. These, and other ideas, are all things that your kitchen designer can advise you on.